Most of the time, a level starts as an idea for a technique I’d like the player to learn, or a cool experience I want them to have. For instance, a gravitational slingshot is a core mechanic in the game, but at some point I’d like players to figure out how to chain multiple slingshots together to get past several obstacles. I also like the idea of weaving between planets – sort of a space slalom. So, there should be a level between learning how to do a slingshot maneuver and being expected to string them together to win where the chaining concept is introduced and presented in a fun way. 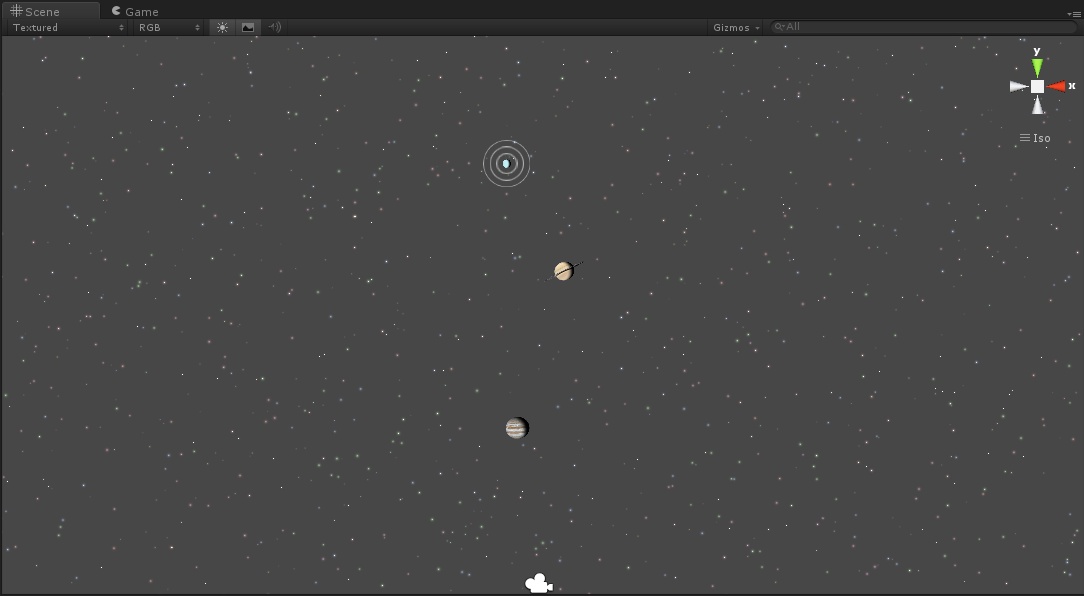 The “Gas Giants” level does just that. It features an arrangement of planets that suggests (but does not require) a winding, between-the-gates sort of trajectory. Jupiter blocks a direct route to the target Uranus, and Saturn gets in the way of a simple slingshot around Jupiter on the right-hand side. Once I’ve got the general arrangement of planets figured out, it’s time to run the Path Predictor.

Path Predictor is one of the more important tools in my design arsenal. It simulates the trajectory for a launch, given an angle and power level (and delay, for levels with a timing element). After running it, I end up with a visualization like this. 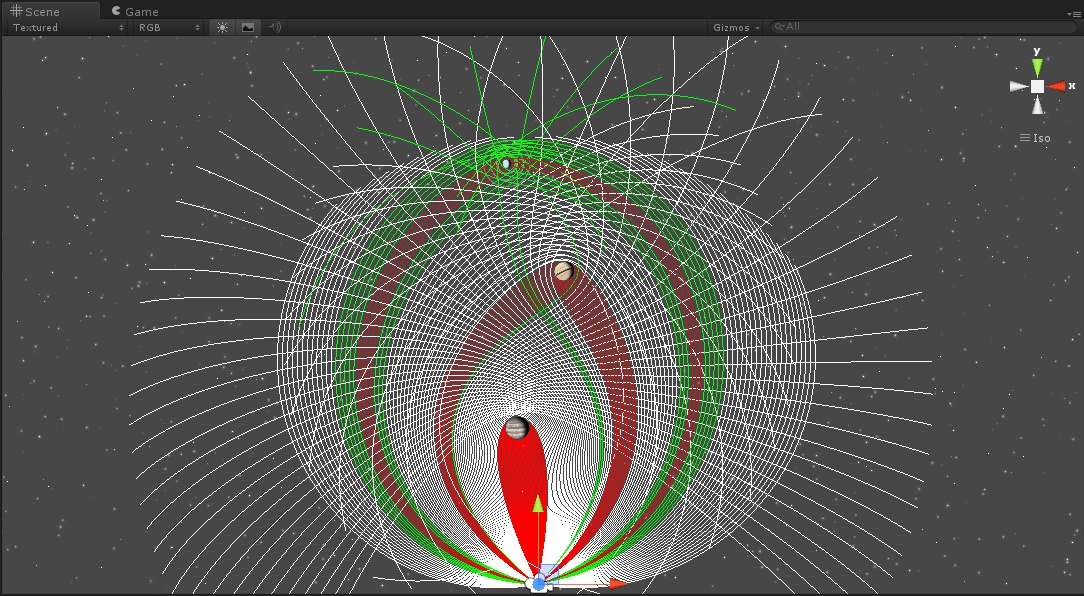 Though it’s usually more helpful to filter out angles that result in crashes and misses and just focus on successful paths. 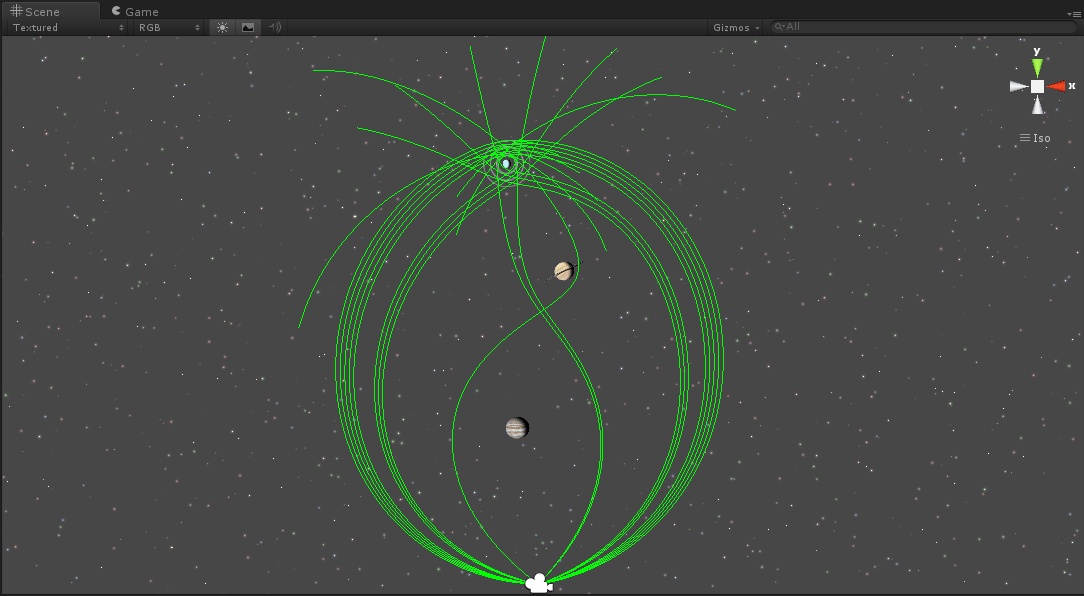 This view makes it clear that there are a few viable slalom trajectories, but it’s also quite easy to just bypass that experience and slingshot straight to the target. I need another way to reinforce the weaving path as something worth attempting. That’s where star placements come in. 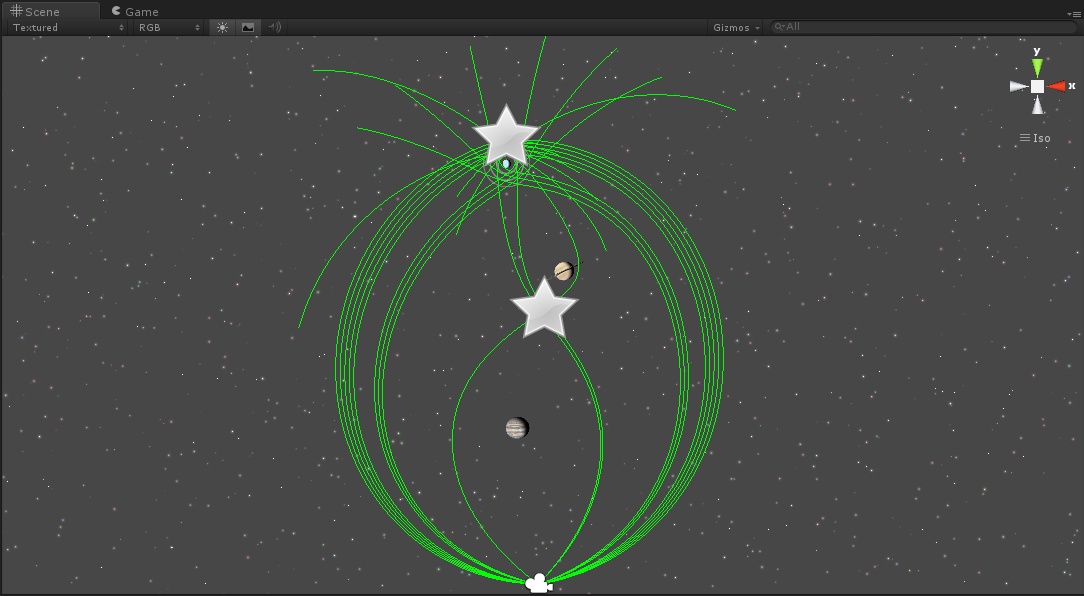 In this level, there are a few points where the slalom trajectories intersect, providing natural, ideal locations for stars. This ensures there are multiple viable solutions. And of course, players will experiment with different power levels (or, with the “expert” controls enabled, fractional angles) that could surprise even me.

Of course, at this point the level is still far from done. It needs to be playtested for fun and difficulty before making the cut in the finished product!