Since Unnatural Disaster launched in December 2020, we’ve released a number of quality-of-life updates to improve the experience. But the big changes have been mostly behind the scenes… until now. It’s finally time to talk about what’s coming next!

The core of this update is the new Arcade Mode, which untethers players from the limits of Story Mode. In Arcade Mode, you have one goal – smash as many buildings as possible! Cities here grow aggressively to fill all available space on the map. Your mission is to use every tool in your arsenal to hold back the tidal wave of expansion. 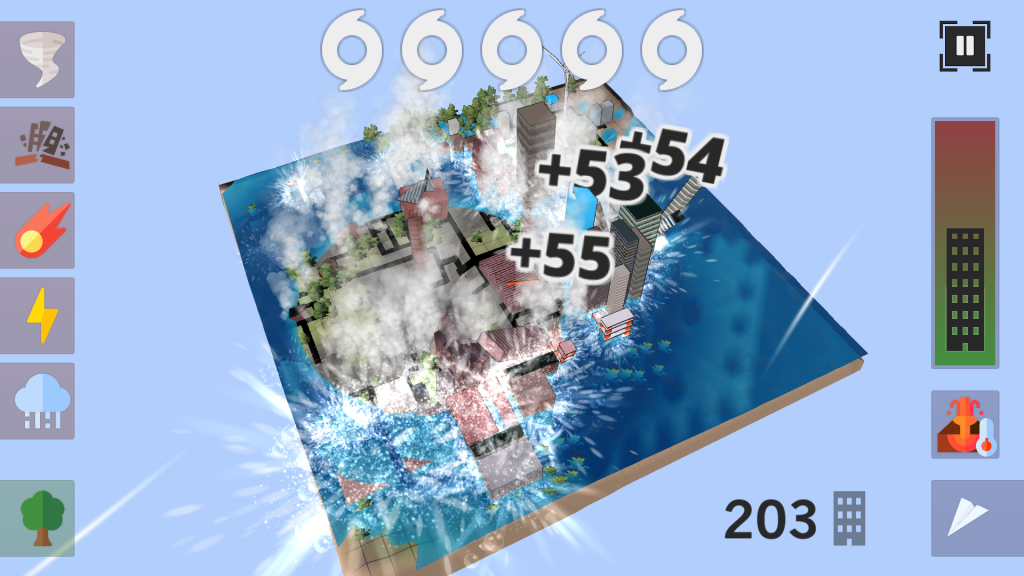 Come back as often as you like to challenge new layouts and try for a high score. Records, like buildings, are made to be broken!

City fights back in real time

Arcade Mode cities are especially smart, though. They react to your disasters and level up their defenses in response. Over-using earthquakes? The city will retaliate with tuned mass dampers. Too reliant on tornadoes? Expect to see more wind turbines in your future. 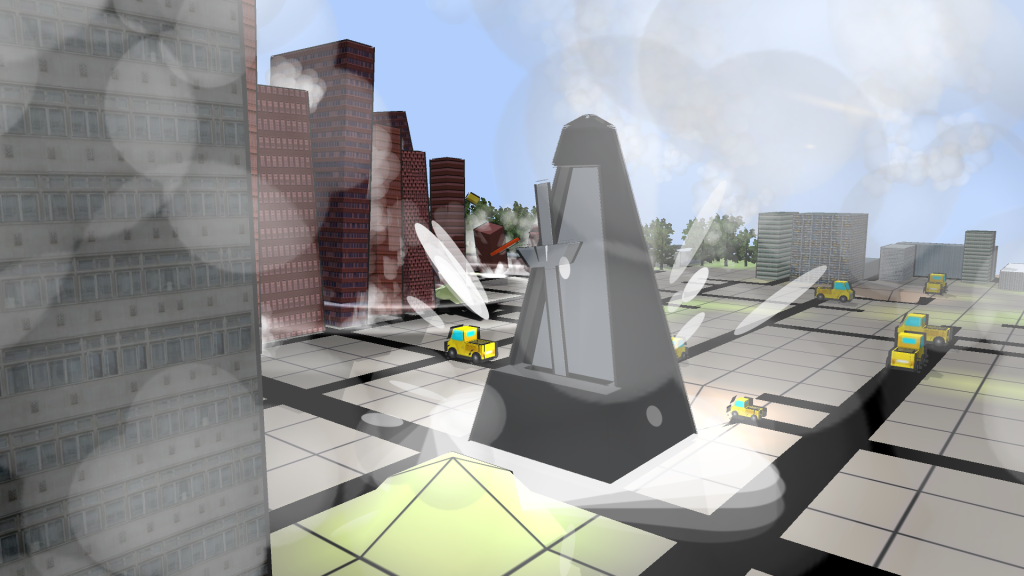 Even in Arcade Mode, players need to think on their feet and make use of their entire bench of disasters (and combinations) to come out on top. 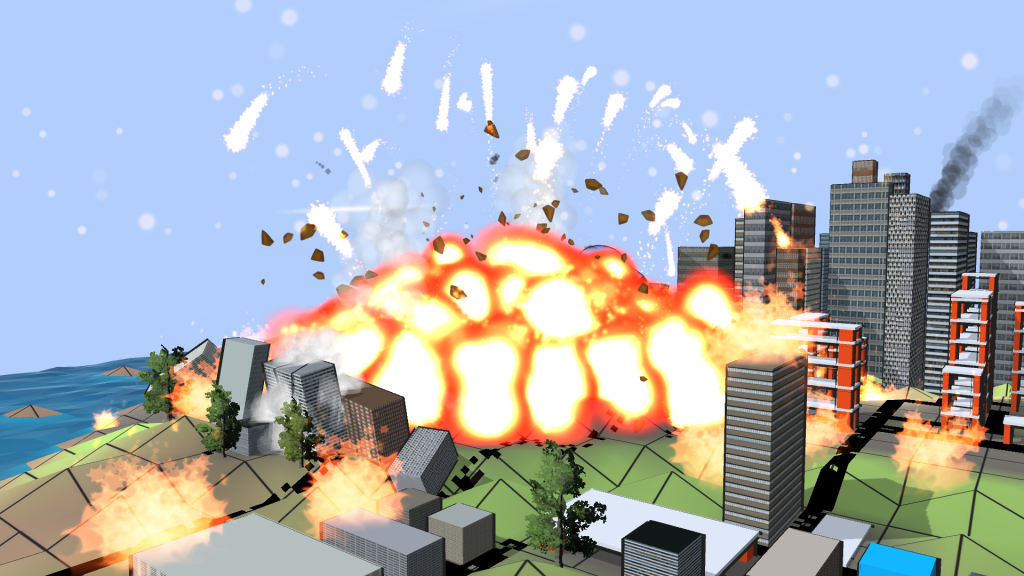 Luckily, that bench just got a little deeper. In this mode, planting trees charges a magma chamber in addition to regular strikes. Bide your time, and just when it looks like all is lost, trigger your secret weapon: volcanic eruption!

The devastating endgame attack has the potential to wipe out every building on the map. Searing lava incinerates anything in its path, reshaping the land and clearing the slate for nature to take back its territory!

Arcade Mode is the backbone of this new update, and gives players more control over how they enjoy Unnatural Disaster. If you prefer a more puzzly experience toppling targets and outmaneuvering obstacles, Story Mode is there for you. But if you just want to jump in and start smashing, Arcade Mode is where it’s at!

Of course, there are more features and additions to cover. Perhaps the most important is the new airtanker defense! Long-time players will know that every disaster has a defense to counter it… sort of. Lightning rods make it more difficult for lightning strikes to hit their mark, but with firewhirls (and now a volcano) to contend with, cities were powerless to control an all-out wildfire. Not anymore! 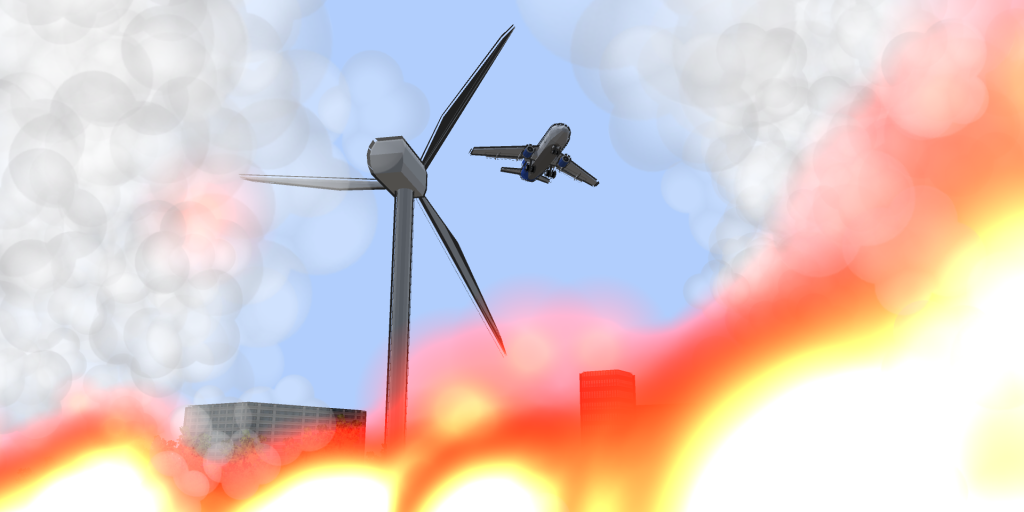 Airtanker to the rescue! Of the city that is, not you. These defenses swoop in and bomb blazes with buckets of water, extinguishing them and giving cities a fighting chance in the face of fire. 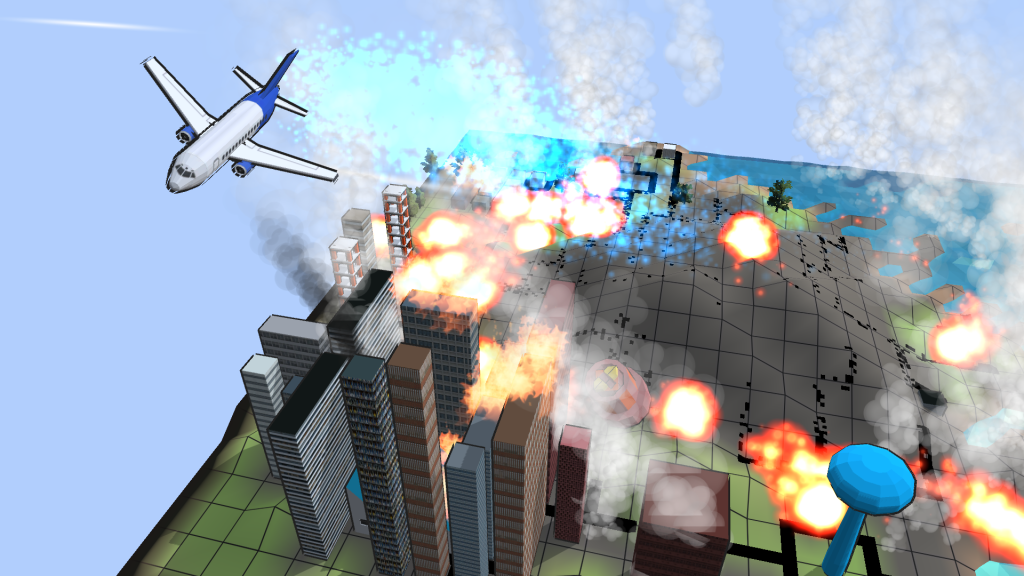 What’s more, the airtanker is not limited to the new Arcade Mode but has been retrofitted into Story Mode to better balance the difficulty of those levels.

In addition, this update brings the usual slate of:

And speaking of future updates, we already have big plans for what comes next. We hope you’re as excited about these changes as we are. Thank you to all of our players for supporting our development and enabling us to continue improving Unnatural Disaster!