Space is a subject I’ve been in love with my whole life. As a kid, I dreamed of growing up to be an astronaut (far later in life than most kids would consider normal). 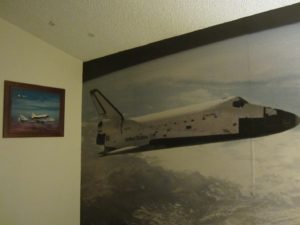 From my childhood bedroom

As a game designer, fully half of my prototypes have something to do with space – as a setting, theme, or even a character. Still, it’s something I’ve struggled to express in gameplay. Initially, I just wanted to replicate the cool, dynamic visual of moving through space on a cosmic scale, the kind of thing they do on the typical Discovery Channel show or NOVA special. 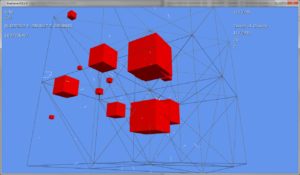 But I also want to create games that reflect my personality, and that’s a little hard to do with an n-body physics simulation. So I kept experimenting.

One of the concepts I found myself repeatedly drawn to is a mix of strategic management and tactile action. I decided to pursue that idea with a game about creating and managing a solar system – small enough scope to be practical on a phone, but complex enough to yield a rich field of possibilities. That’s what I’m working on now.