Wow, the initial response to Rare Earth has been incredible. In two days, it’s seen more reviews than BuildDown has in two months. On the other hand, the reviews themselves are heavily divided. Some excerpts:

According to Google Translate, that last one says “Please, add an instruction manual!” Point taken.

Unfortunately, this whole “customer dialog” thing isn’t easy. I could submit a metadata update to the game’s description to let people know that an update is coming, but on Windows Phone Marketplace that requires its own cert pass, which would block me from actually submitting the update for several days. Ultimately, I decided to just release the update as expediently as possible. On Friday evening and much of Saturday, I created a simple instruction screen with version notes and some core gameplay tips: 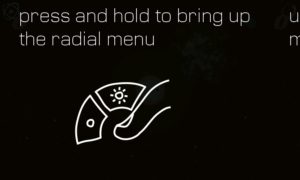 By Sunday, I was squeezing in stability improvements and improved error reporting (to help track down some of the more elusive bugs that have been reported) and submitting to cert. I’d like to include a more interactive tutorial at some point, but for right now, the priority was on helping our customers have a better “first play” experience.

I’m so grateful for everyone who’s playing Rare Earth – even the people who don’t like it (yet). I appreciate your passion, and I hope you stick with it for this update (and beyond)!