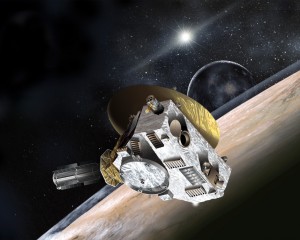 We’re sailing into a new region of the Solar System. Well, the mobile landscape, at least. Voyager: Grand Tour is now available on Android devices, and on Amazon Kindle Fire!

*not this one; metaphorical new horizons

36 years ago today, the space probe Voyager 2 lifted off from Cape Canaveral atop a Titan IIIE rocket, beginning its vast and unparalleled Grand Tour of the Solar System. Just over two short weeks later, Voyager 1 launched from the exact same pad, on a trajectory that would fire it faster and further than – not just its sibling – but anything else created by human hands.

Next week, nestled snugly between those two amazing milestones, we will be commemorating the occasion with our own launch celebration – finally, owners of Android devices will be able to play Voyager: Grand Tour!

The game will be available on both the Google Play store and the Amazon Appstore, with support for Google Play Game Services and GameCircle (including a brand-new feature: achievements!).

All systems GO for launch!